This article originally appeared on the Bloor-Yorkville BIA Blog

Birds in the City: A Rough-and-Tumble Life

Toronto is a migratory bird hotspot: we are visited by birds flying north in the spring (and south again in the fall) from both the Atlantic and Mississippi flyways. Like many human Torontonians, migrating birds love our high-quality lakefront properties, including the lush Toronto Island and bustling Tommy Thompson Park.

Sadly, migratory birds get confused, injured, and killed by two things found in abundance in downtown Toronto—artificial light and glass. Problems with birds and glass are well-known: unlike us, birds don’t understand that what they see in a window is a reflection. As a result, thousands fly into city windows thinking that a reflected surface is a restful tree or open sky. At high speed, the collision is usually fatal. The City of Toronto’s best practices guide for bird-friendly glass cites a study that estimated that in Canada, about 25 million birds die each year from colliding with windows. It is a huge and pressing problem.

Less well-known are the problems caused by artificial light. Many migratory birds fly at night when it is cooler and safer from predators, using the moon and stars for navigation. Light coming from our cities confuses and attracts these birds, drawing them into the city where they are at risk of being harmed by busy roads or reflective surfaces. This phenomena is called “Fatal Light Attraction.”

One group trying to solve these problems is Fatal Light Awareness Program (FLAP) Canada. This Toronto-based group and its volunteers run an emergency bird rescue program out of Metro Hall at 55 John Street. They also educate Torontonians about the dangers faced by migratory birds and advocate for policies and architecture that helps to protect them. While rescuing birds, they also collect data about when and where different species of birds are killed to emphasize the importance of taking action. There are 20 types of birds listed under the Species at Risk Act on their record of species that have been found dead after colliding with glass.

The Toronto Green Standard is a checklist for developers that helps to create more sustainable buildings. It has two tiers, and a variety of measures that can be implemented, ranging from improvements to energy efficiency to protections for migrating birds.

The first tier is mandatory for new developments. Among many other requirements, it specifies that new buildings must treat at least 85% of all exterior glass within the first 12 meters of a building in a way that prevents confusing reflections. This can be done using materials that are low-reflecting and opaque, or visual markers such as “fritting”—the application of ceramic dots to the glass during manufacturing. You can see these methods being used in planned developments in Bloor-Yorkville:

The second tier of the Toronto Green Standard is optional, but the City offers financial incentives for developers who meet this higher level of sustainability. Bird protection measures in this tier include a requirement to point architectural illumination downwards and turn it off completely between 11 p.m. and 6 a.m. during the migratory season so that the light does not confuse migrating birds. There is also an option to increase the coverage of bird-friendly glass to 95% of the building’s first 12 meters. So far, tier two buildings are rare (the City’s website lists about 10), but hopefully one will be planned for Bloor-Yorkville soon.

How You Can Help: 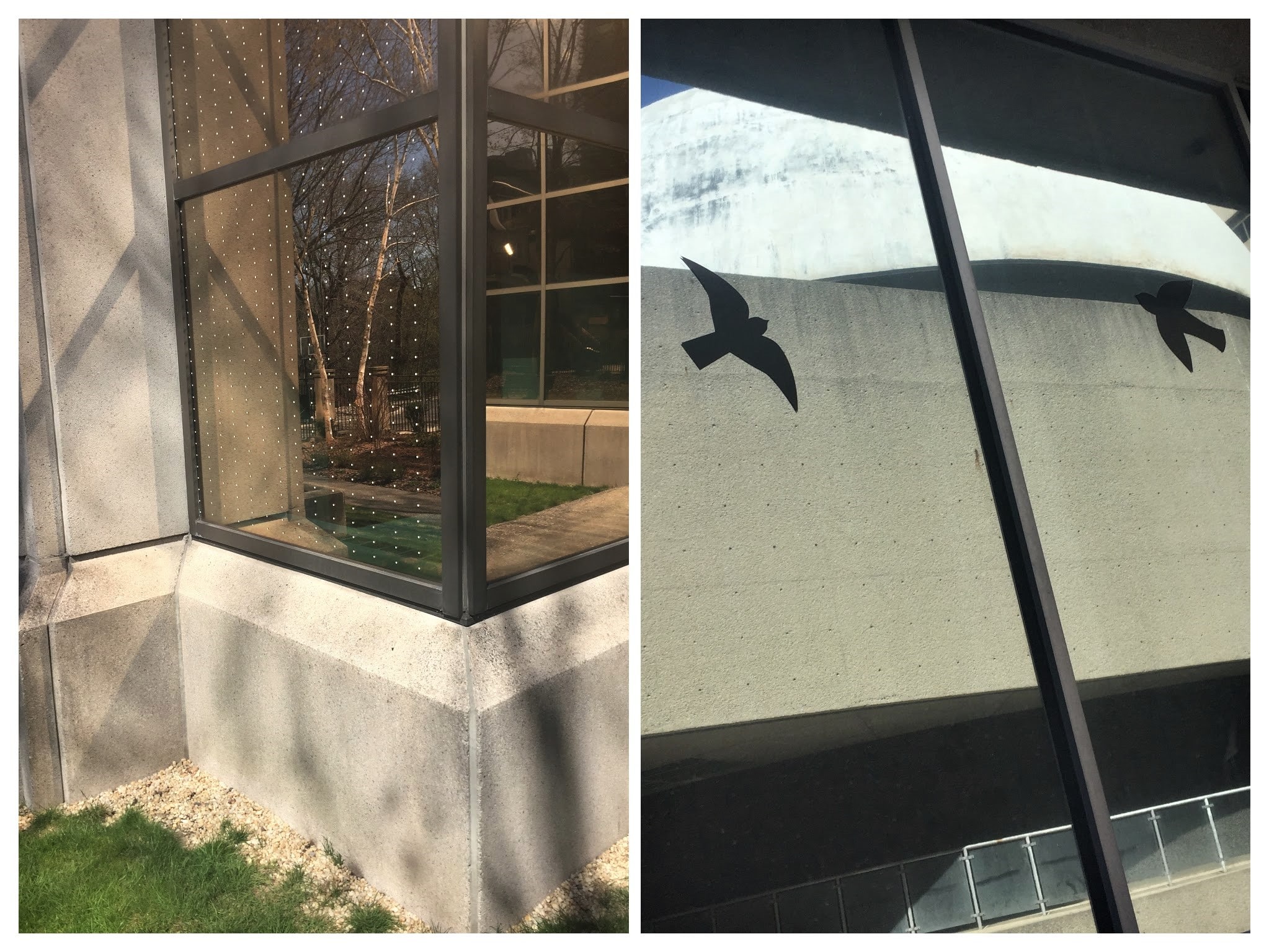 What to Do If You Find a Dead or Injured Bird:

If you see a bird knocked out from colliding with a window or if you find an injured bird on the ground, this is what you should do: