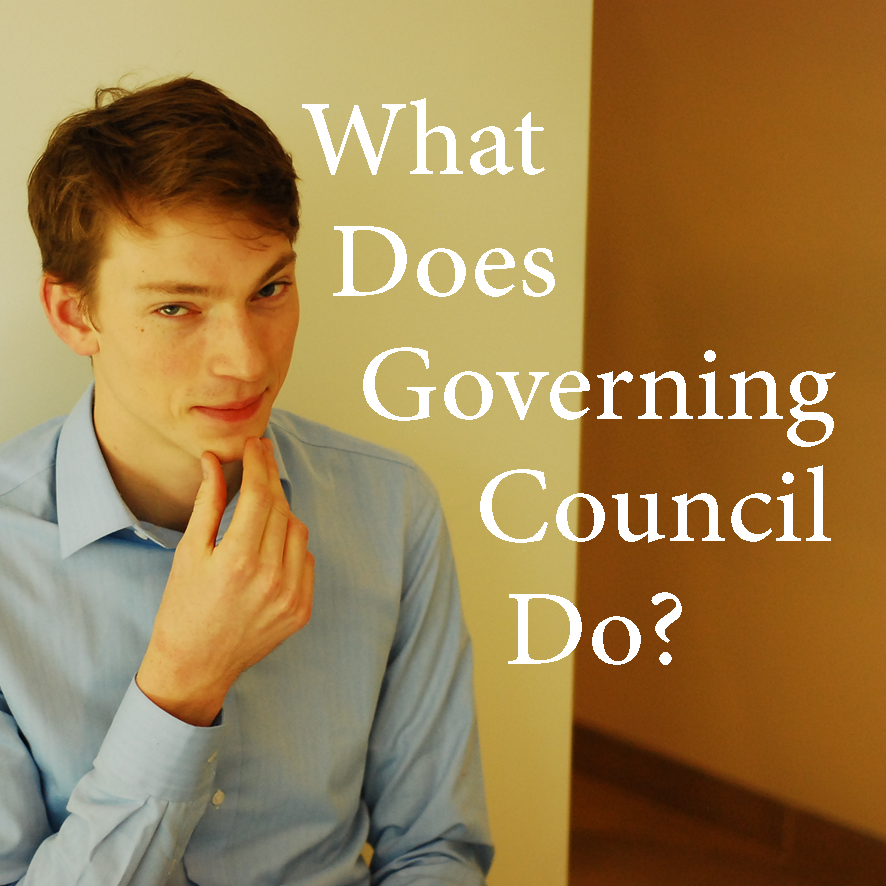 Prevent U of T from being taken over by The Dark Lord Sauron.  (Think about it: if you painted it black, Robarts would look a bit like that evil tower with the flaming eye thing.)

Kidding.  The U of T Governing Council does three things: 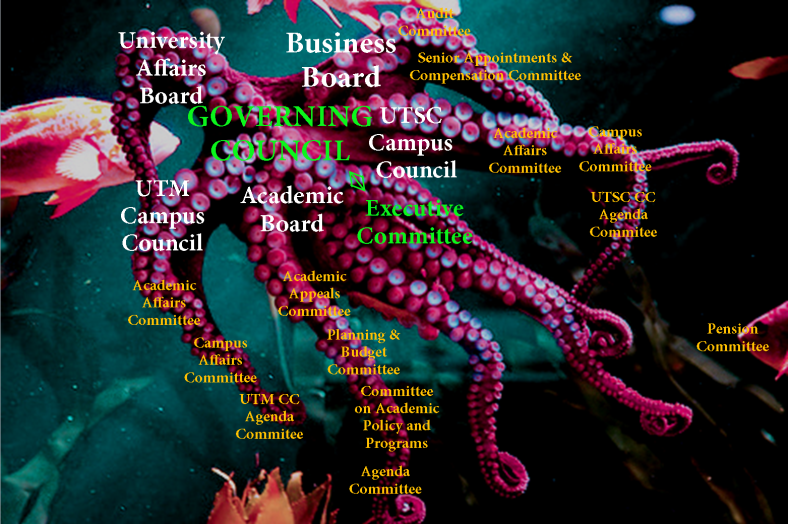 Yes, the pension committee is sort of in the middle of nowhere.  According to the GC org chart, it’s just directly attached to Governing Council, but still a lower-level committee. (Informally, many Business Board members also sit on the Pension Committee.)

The process works like this: first, the admin make a proposal for something they want to do or change.  Imagine that a decade from now, Sauron is U of T president, and he wants to make Robarts into his flaming eye tower.  First, he presents it to the Planning and Budget Committee, where he explains all the details.  The library will get a black paint job and one flaming eye on top, and the cost will be about $15 million.  If it gets approved, it moves on the to Academic Board, where Sauron presents all the details again.  The academic board hopefully approves it as well, and then it goes to Governing Council.  Once Governing Council approves the final proposal, then Sauron starts paying the Orcs to paint Robarts black.

So why does almost everything at Governing Council get approved?  Take a tip from Legolas–if your band of hobbits is being eaten by a giant octopus, shoot the Octopus early on, before it can get the hairy little things in its mouth.  In non-metaphor, by the time something gets to Governing Council, it’s already had a significant amount of input and analysis put into shaping it, so it’s unlikely to be rejected.  The kinks are usually worked out either before the proposal is made, or at a lower-level committee.

What this means is two things.  First, the work that your student governors do in the smaller committees is much more important that what they do at actual governing council meetings.

The second thing is that, for the most part, Governors have “soft power”–if you want something changed or done differently, you need to be persuasive, well informed, and able to get other key players to support you.  Governors don’t make the proposals–that’s the job of the admin.  However, governors have a strong ability to shape proposals before they become policy (or indeed, result in the construction of a dark fortress on campus).

Soft Power: the most entertaining kind of power.  Photo Credit

May the midterms be ever in your favour (whoops, wrong extended metaphor). 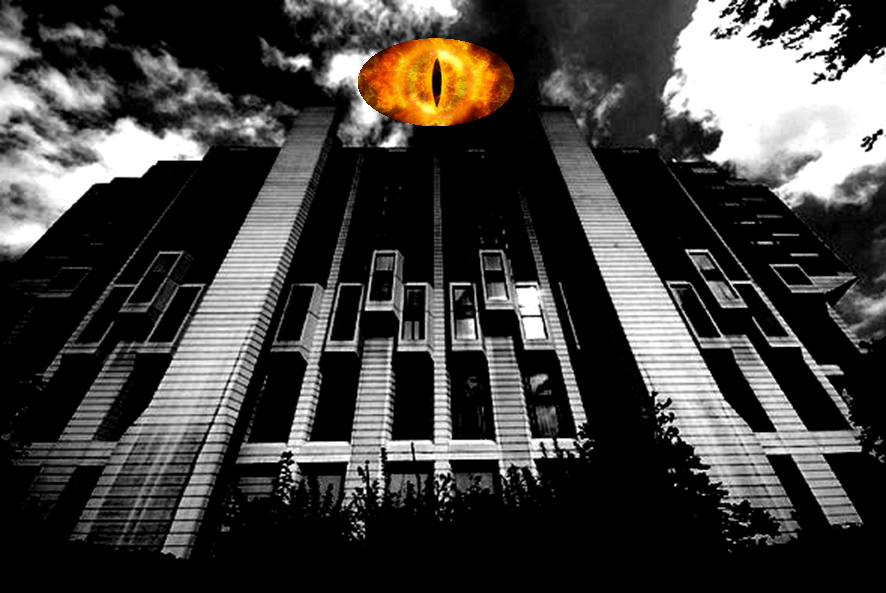 Note: this post originally appeared as part of my election campaign.  It’s been adapted to be generally useful.