I had been made to believe that this meeting would be an epic event, an annual showdown where the most contentious decision of the year was made.  The “Raise Tuition” vote.  When I ran for governing council, this was a huge deal, with a full-blown student politics Facebook debate on the subject.  People have strong opinions on what student governors should do at this most crucial of meetings.

It was (in all honesty) a little dull.

On the agenda: a report from the President, the annual financial aid report (again), the tuition fee schedules for publicly-funded and self-funded programs, the annual budget report, and final approval for the expansion of the Downsview book storage facility.

Like any student politician wanting to know what all the fuss was about, I went to this meeting. 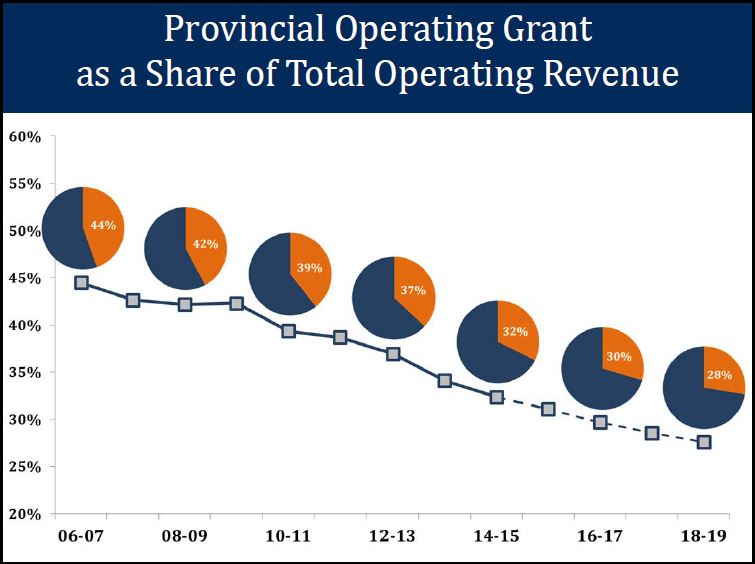 I have a hearty (yet sad) chuckle every time the Ministry of Training, Colleges and Universities claims to have “increased” funding to universities.  This graph shows why.