International collaboration is important to President Gertler’s strategy. This graph shows where we are already doing well.

I streamed the audio of this meeting from the public library of Weyburn, Saskatchewan, home of Canada’s largest privately-owned inland grain terminal.  It’s an exciting place.  (Better than Wollerton, at least).

On the agenda: a report from the president, a presentation from the VP Research and Innovation, phase two of the new architecture building, and an update on the student societies summit. Like all student leaders stuck in rural Saskatchewan, I listened to this meeting.

If you want to skip to the student societies section, click here. 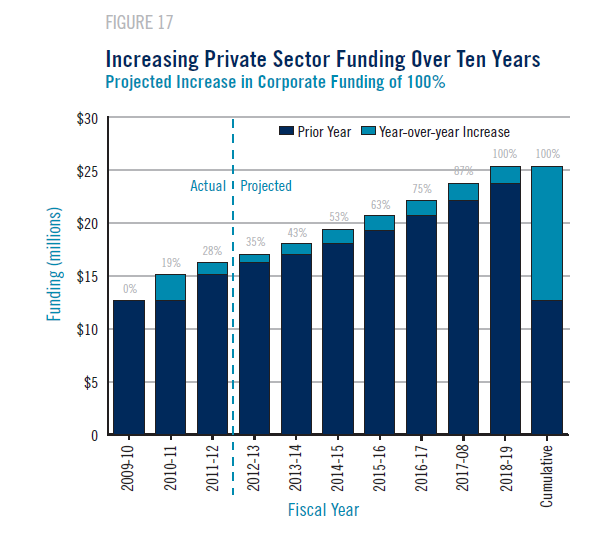 New Architecture Building (But Really, Student Societies Summit, Round I)

Disclaimer:  I realize that there probably aren’t that many ways to find out in detail what went on at this meeting.  That being the case, although I haven’t really included my own opinions on what was said, I think I should make my bias clear in case anyone is using this primarily to find out what happened.  I support the fee diversion referenda from Trin and EngSoc, and come from a traditional “opposition” background with regard to UTSU issues, though I take a more pragmatic and compromising approach than many other opposition people.  I’ll make my own opinions on this issue clear after I’ve been able to think through it some more.

As I said before, I have many thoughts about the summit and the recommendations, some of which I’m still working through.  I’ll make those clearer at a later date, and do my best to solicit feedback from student societies that may be affected by a new policy and students in general.  I’ll be serving on the University Affairs Board next year, so if you have strong opinions on how student governors should influence this process, feel free to let me know your thoughts.

As always, I can be reached at if you have any questions or comments.