I’ve been spending a lot of time recently writing internal-facing reports, so it’s nice to be able to write something to share with the world. TIFF has a publication of sorts called ACTION report, which is an excellent showcase of how our funding makes a difference in the moving image arts 1.

It’s annoying how tech can make things more difficult. 10 or 20 years ago, “film” might be an OK descriptor of TIFF’s wheelhouse. However, these days an artist might make an augmented reality experience (think Pokemon GO, but artsy), and that would be something TIFF would care about. Would you call that a “film”? Probably not. 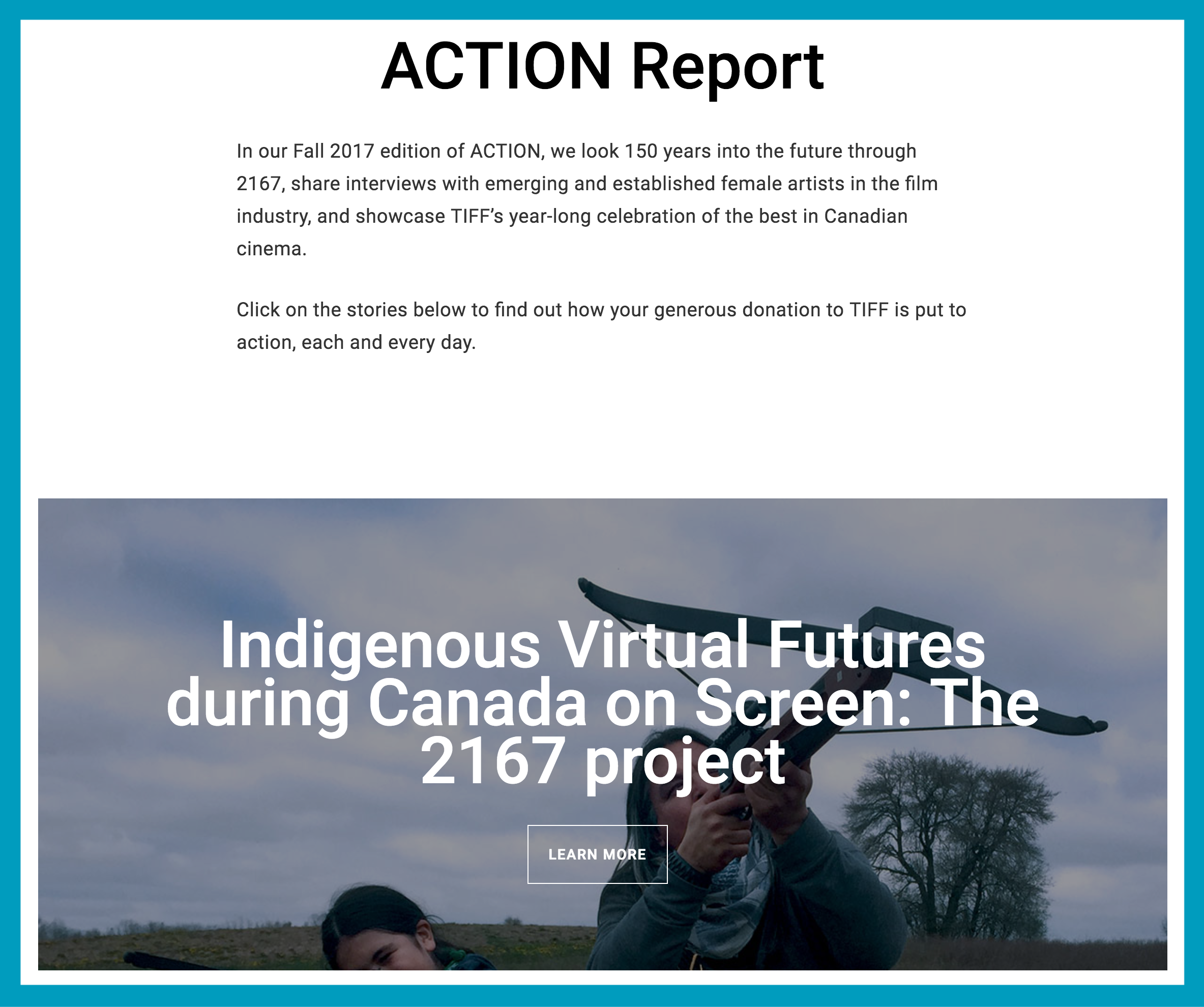 I was lucky enough to be able to write about 2167, an indigneous VR exhibit that’s been housed at TIFF for about the past half-year (and travelled around–it’s been to Yellowknife!). There are “VR Experiences” on show, and I spoke to the creator/director of one titled The Hunt. Her name is Danis Goulet, and she is a Cree/Métis filmmaker, TIFF Short Cuts programmer, and an absolute pleasure to interview.

To see all of the interesting things that she said about VR, Sci-Fi, and Indigenous filmmaking, go and read the interview. The Review, another great TIFF publication also did an excellent interview with Danis and some of the other VR filmmakers that you can read here. It talks a lot more about the actual filmmaking and the art behind VR, so it’s a fantastic read if you’re into those elements of the project.

But for this blog, there’s one tidbit I didn’t have space for in the piece that I wanted to share:

In her interview, Danis talks about getting started as a casting director and how her experiences during casting motivated her to make her own films. While I was doing my pre-interview research, I found out that one of the gigs she had was doing the Canadian casting for Mean Girls, which meant casting all the extras and many of the smaller roles. Apparently the Kevin Gnapoor rap is burned into her brain now.

That being said, after I asked her all my Mean Girls questions, I did do the real interview with her, which you can read on the TIFF Website.